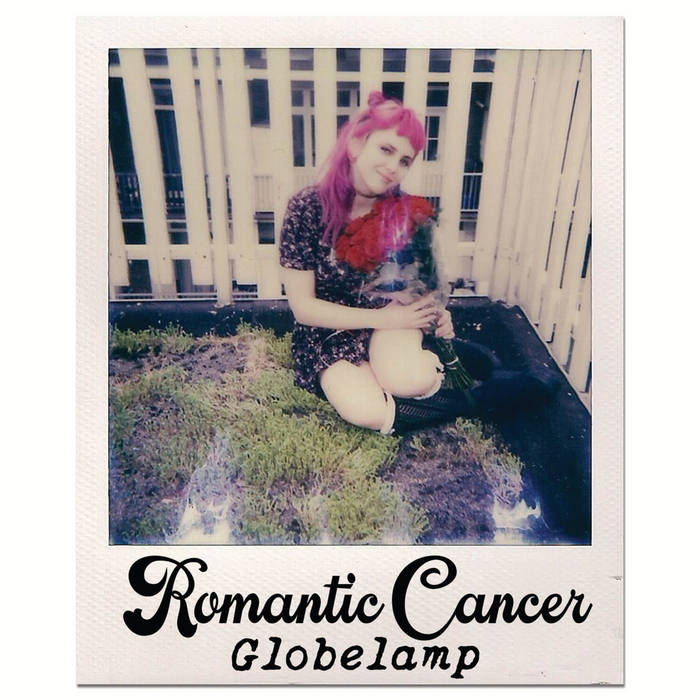 R All I can say at the moment is that Le Fey's highly flexible vocal delivery is amazing and mysterious. Also, I much prefer her original work here to any of the previous covers... Just sayin'

Andy Mascola Each track on Romantic Cancer features Elizabeth Le Fey’s beautiful, delicate voice and acoustic guitar much more prominently than on her previous full-length. There are some excellent moments here. Globelamp’s latest is worth your time. Favorite track: Lowest Low.

iamawarriorrr This album is a masterpiece! such beautiful songs, a very special album! Favorite track: Sorceress Of Your Soul.

“Drawing up a wide range of influences, GLOBELAMP appeals to fans of “lost” ’60s and ’70s folksingers such as Vashti Bunyan or Judee Sill as well as contemporary artists such as Myrkur and Waxahachie. With added flashes of emo and lo-fi music, the appeal broadens, and one is left with an album and an artist that will leave you reeling.” – PopMatters

“With GLOBELAMP, Le Fey brings out the ‘magical’ side of her imagination, conjuring into being faerie and witch-folk songs that have only before existed in her mind or as written poetry in her youth. Yet while Le Fey’s vocals and presentation may be from a fantasy realm, her lyrics are rooted in reality. […] The engaging “Everything’s A Spiral” is a spare, but shining alt-folk tune that glows with Le Fey’s silky acoustic guitar strum and strikes and her airily sweet vocals. Luminous synth notes hover in the background adding even more radiance to the song.” – Stereo Embers

“GLOBELAMP strays far from traditional technique; her quavering voice and outlandish phrasing choices deters the average ear, and draws in a fan-base of those with a taste for underground and experimental work. Regardless of whether or you like or dislike it, GLOBELAMP’s voice rattles like a ghost through listeners cranium long after hearing it.” – College Media Network

“The Big Takeover is pleased to premiere “Sorceress of Your Soul”, a spellbinding dream-folk storyteller. The first half of the tune is more subdued, imbued with acoustic guitar strum, wavering vintage piano notes, and the occasional pull of accordion notes that sounds like warm strings. The second half swells more intensely with rising accordion notes and briskly struck guitar lines, while throughout, Le Fey’s expressive, light, and fluttering vocals move from dreamy to sharp and back again.” – The Big Takeover

Is our fear of getting hurt holding
us back from experiencing one of the
most powerful feelings on earth?
So many people are afraid to let go &
fall madly in love, to let down their defenses
let love over take them.

Sometimes it happens once or twice in our life
& when it ends we get scared of opening up to somebody else again.
Walls of self preservation begin to grow bigger & bigger.
We start believing Love equals Pain.
As though Love is a type of cancer
that must be avoided at all costs.
Sometimes our romantic impulses
can be self destructive to ourselves.
You might find yourself chasing after
someone you know is bad for you,
willing yourself to be blinded.
Sometimes I guess you just have to
learn some lessons the hard way.

Maybe you never realized you were a romantic
until you dated somebody who was quite literally afraid of love.
Maybe you are the person holding back,
viewing love as a cancer to be avoided.

i study sound
and write songs
i believe in magic

Bandcamp Daily  your guide to the world of Bandcamp

Benji B talks about his new compilation ‘Deviation Classics’